Atheists make short work of the soul and the afterlife. The "soul" is nothing more than consciousness, linked to brain functions, that cease after death. Despite great confidence, the atheistic view has lost persuasion in recent decades. The big nothing as a final destination seems increasingly difficult to accept.

Although the Netherlands is one of the most secularized countries, the majority of the population believes that there is "something" after death. This "belief" is separate from an official religion. Spiritual man creates his own religious universe by gathering from the wide range of religions and meaning systems. In response to rationalism, one searches for the divine spark in the deepest layers of the subconscious mind. The idea that life is connected to a larger, immaterial whole completes the spell. "Something" believes in rebirth, or becomes part of an energetic cosmos. They transform into a spiritual entity or merge into animate nature.

The question of whether there is anything or nothing after death presupposes a number of fundamental contradictions that have occupied minds since classical times. Is there a god or not? Are body and soul two separate entities? Does the earth consist of mere matter or does the mind underlie the visible world? These contradictions are unraveled in fleeting, transcendental, meditative, ironic and rational art. They are attempts to look beyond the boundaries of the knowable. The acceptance of finitude and the desire for immortality manifest in Afterlife.

Afterlife I - exhibition in the museum

On the basis of nine telephone conversations with mediums, Melanie Bonajo searches for the elements that make spirituality credible and for ways in which they manifest themselves in our daily lives. During her attempts to interview the deceased through a medium, Bonajo explores the cold reading technique used by mediums. She bombards the dead with atypical questions and asks for artistic advice for an artwork about the afterlife. The mediums are forced back into their own creativity and esoteric repertoire.

The nine sculptures contain reinterpretations of archaic symbols, parapsychological strategies and comforting clichés that mediums give to the distressed callers of psychic hotlines. Bonajo seeks a balance between opposites, and the intrinsic value of kitchen-sink mysticism. The clichés reflect the needs of alienated people in a disenchanted world. People do not long for truth or evidence, but for a transcendental sounding board, a listening ear that disconnects after death.

In One Cubic Decimeter of Silence, a vacuum has been realised inside a hollow cube of steel. As a result, there are no more air particles that transmit vibrations, and there is no sound. With a built-in microphone, the "sound" of the artificial silence is amplified. The emptiness of nothingness is a positive phenomenon for Sarah van Sonsbeeck. It makes silence, or the absence of moving air atoms, tangible. It is a presence by absence, as nothing is anything.

Sarah van Sonsbeeck mimics an incoming beam of sunlight with a lamp, a red filter and a pre-programmed dimmer. Like silence, light is a physical phenomenon without emotion. Nevertheless, light can move us. Reflections of light sometimes enter a room unexpectedly and influence the experience of the moment. The enchanting light stimulates the awareness of time and space, of being present. This instant moment of happiness transforms the space at set times. The symbolism of light is universal. It stands for insight into the higher truth, the transcendent, or even god. Those who reach enlightenment enjoy Nirvana, a blissful place where emptiness reigns. In this way, the immaterial of nothingness is made tangible by Van Sonsbeeck during life.

With Aliento - breath - the Colombian artist Oscar Muñoz confronts us with mortality and with the loss of identity. By breathing on the  steel mirrors, deceased persons from grief advertisements in the newspaper are brought to life and disappear again with the next inhalation. Muñoz thus emphasizes the theory of the French philosopher Roland Barthes that the true function of photography is accomplished when the depicted is removed. The intangibility of the shadowy portrait evokes an uneasy feeling of emptiness and oblivion. Man is nothing more than a cog in a large whole that helps history unfold. On the other hand, finiteness compels us to make choices, which are indispensable when developing an personal identity.

Death, besides loneliness, homesickness and longing, is an important theme in Satijn Panyigay's work.

The melancholic photo series Behind Death's Door shows the dismantling of living spaces of recently deceased people. The next of kin left the eviction to specialized companies. Panyigay visited with them several times to further understand death.

The photos are hermetic, there is no contact with the outside world. This results in an oppressive atmosphere. Trivial objects are the last remnants of a past life. Traces are erased, foreshadowing the blurring of memories. The ultimate sinking into absolute oblivion is the frightening fate of every individual. The series has a wry message. Eternity boils down to a continuous movement of people who die incessantly.

Xu Bing, Where does the dust itself collect?

The material for Where does the dust itself collect? comes from the Twin Towers that collapsed on 9/11. Chinese artist Xu Bing collected the white-gray dust that covered part of Manhattan, New York and has now spread it all over the floor here in Amsterdam. Two sentences from a Buddhist poem by the Chinese Zen master Hui-neng (638-713) were cut out: "As there is nothing from the first, Where does the dust itself collect?" The metaphorical text touches the essence of Zen Buddhism: the nothing from which everything manifests itself and where everything returns again. Nirvana is the ultimate void. The installation explores the relationship between the material and the spiritual, after all there is matter of both karmic and material matter.

The biblical proverb, "You are dust and you will return to dust" [Genesis 3:19] occurred literally before Bings' eyes as the Twin Towers imploded, as if the buildings were being sucked back into the earth.

In Gateway to the Etheric Realm, New Zealand artist Dane Mitchell opens the gateway to the spiritual realm by connecting with supernatural powers that may be in the museum. A Wicca witch has placed a so-called Vortex in the technical room of the museum. This is a spiral gate built from white light and love. The moment negative or wandering entities pass through the gate, they automatically go to the light. They belong there. There are also four angels, who protect the visitors and employees of the museum. This space, filled with "spirit", can be viewed through a peephole in the wall. The work literally takes a look inside, and brings us into contact with our own intangible soul and its supposed eternal value.

When spirits are present, the temperature drops. Ghosts and other entities extract energy from the environment. Mitchell tries to convert the intangible into tangible "proof" with temperature meters. The artist shows the complex relationship between the rational and the irrational.

Leonid Tsvetkov, In Search of the Other

Leonid Tsvetkov (Russia) made a camera obscura in an icosahedron. This is one of the five platonic elemental forms from which everything is built, similar to an atom. It has twenty equilateral and congruent triangular faces. Light enters through a small opening at the top. As a result, the outside environment is projected onto the walls. By sinking the space into the ground, light and earth are connected.

The light projections in the icosahedron refer to Plato's allegory of the cave. Plato stated that people in a cave who only see reflections and shadows will experience this as reality. What we see in the icosahedron as reflection of the sun does not necessarily represent reality, but rather our perception of it.

Yuhsin U. Chang made a spiral sculpture from tree bark. The bark comes partly from De Nieuwe Ooster cemetery.

Taiwanese artist Chang sees death as a transformation: there is a life before death and there is a life after. The transformation always goes on, life is only part of it. The rough bark is decaying organic material. The soft interior forms a tunnel and the sculpture has a constant movement. TRANSIT makes us aware that our current life is only a moment of transition in an endless journey.

In the Galactic Computer, Portal Machine we come into contact with cosmic vibrations. The composition is formed by tuning forks from the Solfeggio Series, a series of pareidolic numerological calculations involving Bible verse, such as the 528 Hz (DNA) frequency. They are aligned with our solar system and are a key to the universe. The frequencies banned by the Church can be found in Gregorian chants and in ancient mantras. This allowed one to access deeper levels of the subconscious and other dimensions. Death can thus be seen as a door to the next life.

"The 528 Hz frequency is the love frequency and has a healing effect on the genes. It is used in genetic research laboratories to reassemble disintegrated genes."Dr. Leonard Horowitz

In the video installation Tonight by Brazilian artist Valeska Soares, people dance in an empty dance hall with an invisible partner. To the romantic tones of Burt Bacharach's The Look of Love, lonely dancers glide through an endlessly reflecting space, sometimes meeting each other to immediately move apart again. It is a poetic, melancholic film that makes people experience the loneliness after the loss of a loved one. One dances with the invisible partner, who is present in the memory. A memory that also makes you happy.

Tonight was recorded in the ballroom of the famous Pampulha complex in Belo Horizonte, designed in 1943 by Oscar Niemeyer. 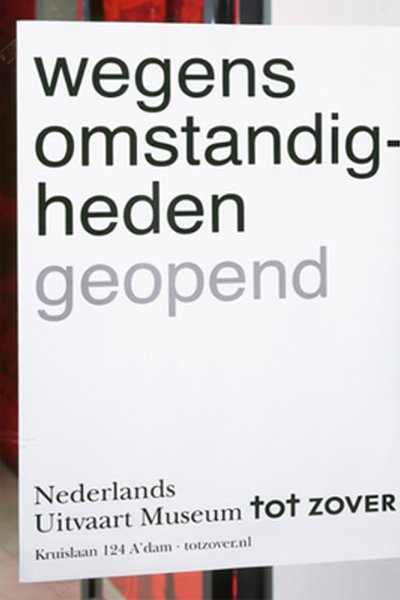