Abajo Pérez spoke to many people who were confronted with their approaching death. She examined their changed perception, of themselves and of life. The visual narrative of Abajo Pérez and the poems of Vanhauwaert make tangible how these people are about to perish. The artists try to capture this very last presence. The result is a cinematic-poetic journey that seeks a new connection with mankind, beyond the mortal body.

The exhibition is a multimedia project that portrays terminally ill Dutch people and immortalises them in the surrounding reality. Are we able to let go of the classic story about death in order to create an innovative, meaningful narrative? That is the core question of this art project, a film poem that blurs the line between life and death and approaches the threat of approaching death as a surrealistic experience.

"In our selfie-society, everything revolves around our ego. But what does it look like when we experience life through the eyes of the world instead of ourselves? Does this change of perspective make our death more bearable?"Vanesa Abajo Pérez

Our environment is not lifeless, but rather imbued with emotions and stories. What do personal objects tell about a person? What energy can be felt in a space left behind? In the museum, you will find a perfect replica of the living room of the incurably ill Klaas - now deceased. You recognise the smell that is still in the air. It feels as if the person has just left the room and could return at any moment. You have the urge to keep everything intact and not touch anything, so that the person who is actually already gone does not fade away. Klaas tells his story via an interactive telephone.

In the corridor of the museum, objects from the film I AM NOT MY BODY are on display. As soon as you approach, they light up and an intimate audio fragment can be heard.

This collection of poems will be a digital interactive experience and include six portraits of people who have already disappeared, but whose presence is still felt in the places where they lived. The exhibition shows the first portrait. A surrealistic experience of the elusiveness of death. The portraits of the poetry collection are compiled on the basis of telephone conversations with terminally ill people. They document the last months of these people's lives.

The idea for the project came about when filmmaker Vanesa Abajo Pérez made a short film about her aunt a few years ago. When she heard that her aunt was incurably ill, she grabbed her camera and went to visit her in Spain. In the house of her aunt, she read a poem about that house: although the people who once inhabited the house are no longer there, the house continues to exist through the elements of nature. Vanesa recorded her aunt's voice and filmed the house. After her death, she realised that her aunt had immortalised herself through the poem and the film. Her aunt had, as it were, been absorbed into the house. She also realised how comforting this had been for both: for her aunt, who at that time had been facing death, and for herself, as a survivor. After the successful screening of the film at leading festivals, she also realised that a wider audience, who were not necessarily sick, were intrigued by the film. Vanesa then decided to develop a similar project on a larger scale.

"Film, poetry and exhibition reinforce each other in a moving story".Guus Sluiter, museum director

Abajo Pérez (1979) was born in Spain, but grew up in the Netherlands. She focuses on making artistic documentaries. Last September she released her first feature film, the surrealistic documentary HET LEVEN IS DROOM, which premiered in the Gouden Kalf competition at the Netherlands Film Festival.

The Belgian Vanhauwaert (1984) writes and creates. In her work she looks for playful theatrical forms to make poetry public. In 2019 she was city poet of Antwerp. Her work has received several awards, including the Jan Campert Prize 2020, Vrouw Debuut Prize, the Hughues C. Pernath Prize and the Audience Award of the Herman De Coninck Competition.

To realise this project we are working together with the Ingeborg Douwes Centre, Museum Tot Zover, the ISVW and the Bardo hospice, among others. The project is made possible by the Mediafonds, the Nederlands Letterenfonds, Stimuleringsfonds Rouw, studio wzzzt and various private sponsors. The project is a production of Ten Zuiden van de Grens. 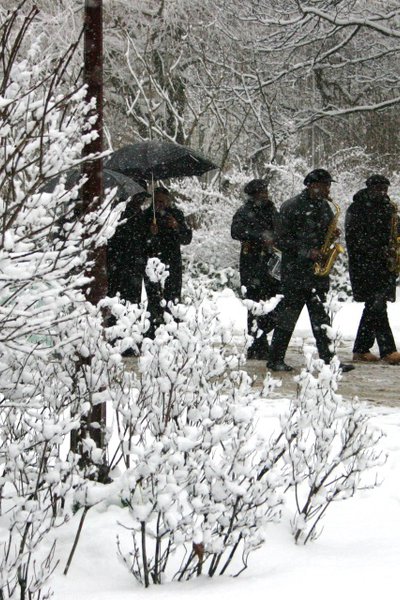