Christine Gössler, in a depressed state, jumped from the eighth floor of the flat that the couple lived in with their son. The many portraits that preceded this suicide and the dramatic end were exhibited as a series in the Netherlands in Museum Tot Zover.

Trace Elements is a tragic love story in portraits. Since Seiichi Furuya met his Austrian wife Christine Gössler in 1978, he has been capturing her on film. They get married and in 1981 they have a child together who they call Komyo Klaus. In 1982 the family moves to Vienna where Christine wants to study drama. Around that time, she starts to show signs of schizophrenia. She detriorated rapidly and became a victim of major depression. The study was canceled and a long period of hospital admissions followed. All the while Furuya continued to portray his wife, the photos show a thinner woman who looks increasingly anxious and confused at the camera.

His wife Christine Gößler, the center of Furuya's oeuvre. 1979 in Graz.

His wife Christine Gößler, the center of Furuya's oeuvre. 1983 in Graz.

His wife Christine Gößler, the center of Furuya's oeuvre. 1983 in Graz.

His wife Christine Gößler, the center of Furuya's oeuvre. 1985 in East Berlin.

In 1985 they lived in East Berlin where Furuya worked as a translator. On the 36th birthday of the GDR, Christine commits suicide. Furuya hears her fall. He walks to the window with his camera and looks down. He does not print the photos he takes individually, but collectively: they appear together with all other images from the roll of film on a sheet of contact prints. 37 shots, at a glance.

The first photos show the last family outing the day before Christine's suicide. The photos after that are of the fatal day, miniatures of a drama. We see television with images of party leader Erich Honecker and a military parade. We also see an open window under which are Christine's slippers that she has just taken off. Then follows the image of his wife having just jumped, a small figure in the grass. Then we see pictures of the apartment: a painting, the bed in which they were still lying together that morning, a houseplant. Emptiness and confusion are rarely captured more intently.

When Furuya tells their 4-year-old son that his mother is dead, the boy asks "Papa, did you kill mom?". Furuya still regrets the answer he gave, full of self-reproach, "Yes".

Erik Kessels 'Trace Elements' is the first in a series of exhibitions curated by guest curator Erik Kessels for Museum Tot Zover. The others are "Funeral Train" by Paul Fusco and "Bedrooms of the Fallen" by Ashley Gilbertson. Kessels (1966) is co-founder and creative director of communication agency KesselsKramer and has previously published photo books and magazines such as "In almost every picture", "Wonder", "Bangkok Beauties" and "Useful Photography". 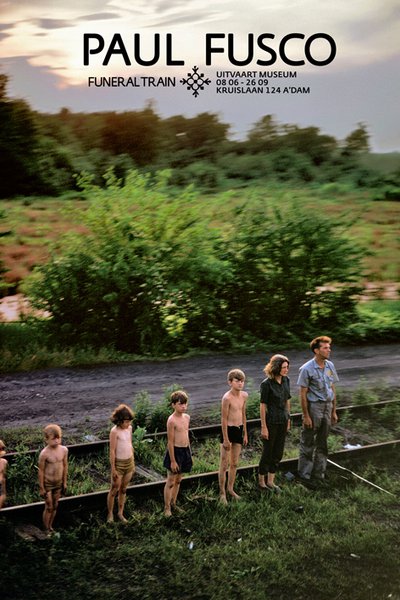 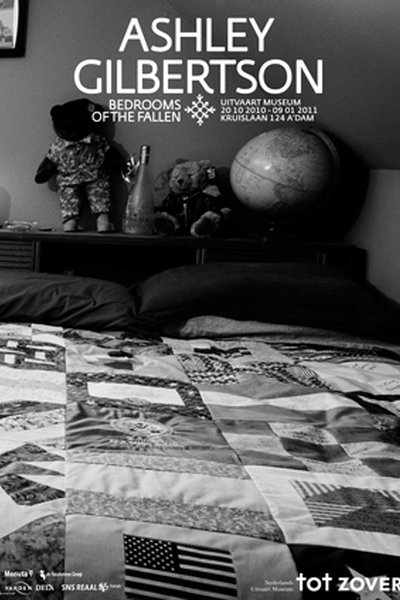 Bedrooms of the Fallen